Momentum are a fusion band who play an eclectic mix of jazz, funk, latin, tango, flamenco, reggae with tinges of Afro-Cuban sounds.

Momentum recorded their third album, What’s the Vibe? in July 2018, at 3 Sixty Studios in Dollis Hill over a very intense weekend during the World Cup. It features tunes such as Abracabus, Cheeky Half, Zakka Wakka, Ocean Sway and Hello Helsinki.

You can listen to What’s the Vibe?  Acton to New York and Singularity.

You can hear 30sec clips on the Momentum Band Music page or listen to all three albums (and buy a download) at Bandcamp, Itunes, Spotify and Napster. (Just type Momentum What’s the Vibe? Singularity or Acton to New York).

Yosi, formally with Ramajaz, is a classically-trained pianist, who studied at the London College of Music, and went on to perform recitals at many London churches and concert halls. He formed his group, Ramajaz over 5 years’ ago, and played at the Jaipur Literature Festival in January 2009. He made 2 albums with Ramajaz, Anjuna and Chennai Flamenco, featuring Sirish Kumar on tablas, Dimitri Vassilakis on Saxophone and Sharat Srivastava on Indian violin.

Yosi performs regularly with Momentum as saxophonist and bandleader. He writes most of the songs with Johnny Palmer and Momentum have been playing regularly at the Pizza Express Pheasantry, the Spice of Life, Charlie Wright’s International, Bull’s Head in Barnes, the Plough, Northfields, George IV in Chiswick, The Lord Nelson in Brentford and the Rose and Crown in Ealing. All the melodies are original and were composed by Yosi, saxophonist and leader, Johnny P, bass player, Caroline Cooper, Lonette Charles on vocals. They are joined by Lyn Edwards on drums/percussion and guitarist, Paul Viski.

Yosi also plays with the Viski Collective which is a Jazz, Latin and Soul band. They have been running for a couple of years now, and play pubs, clubs, weddings, functions, parties, boats, barmitzvahs and are available for any event where music may be required. 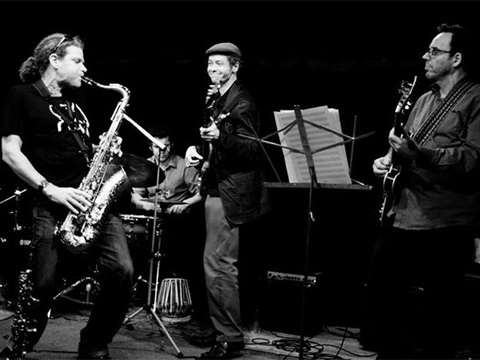 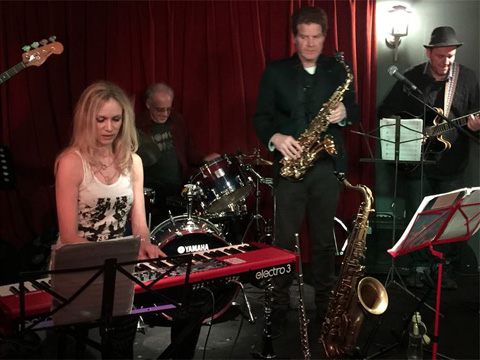 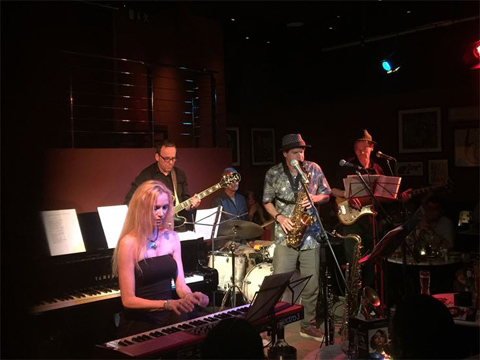 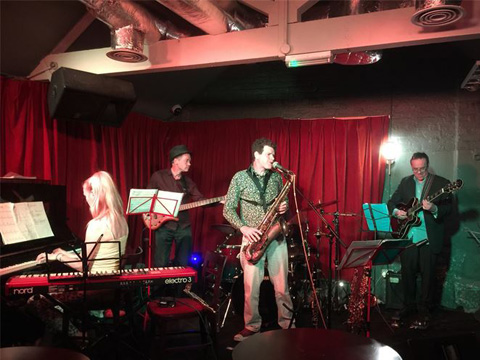